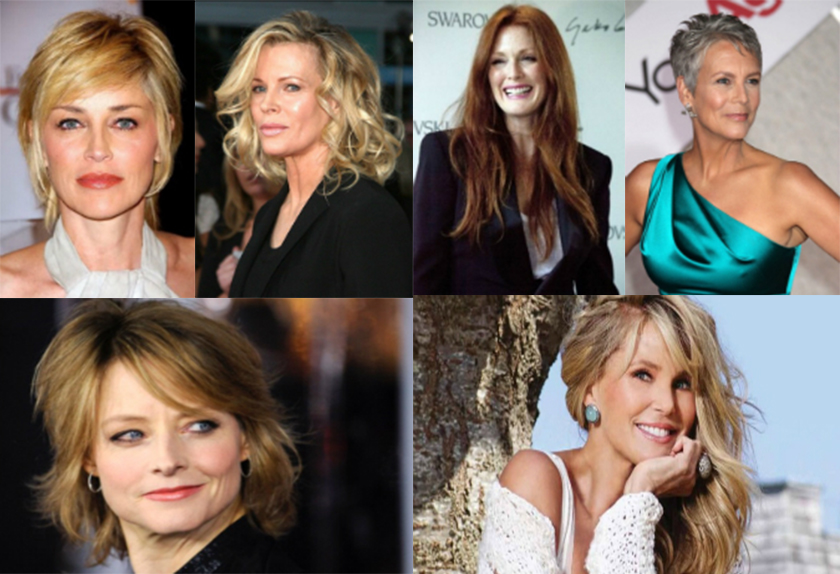 More than 50 years ago, Bob Dylan sang ‘The Times They Are A Changing ’ in which he chronicled the huge shift in the world which, until then, had been run by and for an older generation. Then the baby-boom meant that by the mid-60s, the world was suddenly dominated by young people and everything changed to appeal to this newly dominant ‘youth’ demographic. Well, 50 years on, the baby-boomers are now in their 50s and 60s, and it’s all-changing again, particularly in fashion, and we are witnessing the Rise of the 50-something Fashionista; we are seeing an avalanche of glamorous women over 50 such as Sarah Jessica Parker, Cindy Crawford, Salma Hayek, Iman, Julianne Moore and many more. They are all still ‘out there,’ still looking fabulous, not prepared to slip into a post-50 purdah of invisibility.

And we are seeing equally glamorous women over 60, such as Meryl Streep, Joanna Lumley and Anna Wintour, all also still ‘out there,’ still looking fabulous, also not prepared to be made invisible as if a wizard’s invisibility cloak had been thrown over them, Harry-Potter style.

And it’s not just SoSensational.co.uk that has observed this phenomenon. Leading designer brands and the High Street are now beginning to take notice of women over 50 having previously thought they were of no importance and had actually vanished.

Yet, until recently, if you were a woman of 50 plus, where did you look to see your fashion role models?

If you were 12, your role model was probably Ariana Grande or Meghan Trainor.

If you were 20-something or 30- something, you had a whole world of Hollywood A-listers to choose from to be your style role model.

Certainly after 40, you were no longer deemed sexy and glamorous. (We won’t point out the sexism of actors playing romantic leads into their 60s while actresses were considered ‘too old’ to play the love interest at 37…). Then suddenly, all these fabulous 50-plus women were coming along, saying being fabulous does not stop at 50; fashion does not stop at 50.

So, again, The Times They Are A Changing, and now it’s the turn of the 50-somethings to be fabulous…

It turns out our 50s and 60s are the decades when we really get into our style stride. We know what works for us and are confident enough to pull off fashion-forward trends whilst staying true to the personal style we have developed in our younger years.

Women in their 50s such as Sarah Jessica Parker, Julianne Moore and Iman have a strong sense of style, getting it right time and again and showing women half their age how to dress.

SoSensational.co.uk, the fashion website for women over 50, featuring fabulous fashion from 100s of brands, all carefully edited, alongside style advice, tailored to this the demographic.