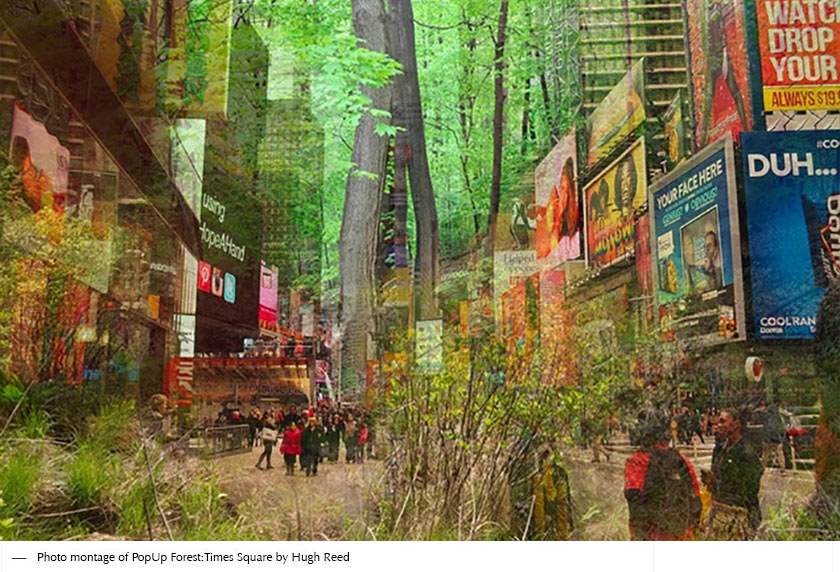 Design scientist Melissa Sterry is recognised as a world leading authority on the science, technology and thinking that could help make this world a better place.  She is the creator and director of Bionic City, as one of the world’s most high profile female futurists, Melissa consults to both private and public sector clients globally and she specialises in sustainable architecture, futures in the built environment, utilities, manufacturing, engineering, design, publishing, media and communications.  Melissa has dedicated over a decade towards integrating pioneering sustainability thinking into mainstream business and society. Having published over 60 international trade, consumer and academic titles, Melissa’s work has won her innovation, creativity and enterprise awards, including the Mensa Education and Research Foundation International Award for enhancing intelligence that benefits society.

Unity: The ‘Bionic City’ sounds like a superhero! Tell us more.

In an era of unprecedented ecological discovery, founded in 2010, Bionic City seeks to answer the question “how would Nature design a city?” Exploring new thinking, research and practice at the intersection of the life sciences with the arts, humanities and technology, as its name indicates, its starting point was bionics. Building on the potential of new scientific theory, tools and techniques, and the blurred boundaries between bionics, biotechnology, and biology, Bionic City now embraces bioscience, biodesign, and bioart in myriad manifestation. In many ways it’s a spin-off of my PhD research, which explores whether biomimetics presents a means by which to create a city that exhibits supernatural powers of resilience to extreme meteorological and geological events.

Unity: What ‘supernatural’ powers do you envisage the Bionic City exhibiting?

The world’s flora and fauna species, and the ecosystems they comprise, exhibit a wide array of abilities that, historically cloaked in mystery, have, and in many instances for millennia, been perceived as supernatural. However, thanks to an ever-expanding scientific and technological tool-kit, we increasingly understand that which enables plants and animals to achieve seemingly miraculous feats. For example, we now understand how elephants can sense meteorological events, such as thunderstorms, at great distances. We also know how many plant, and some animal species, such as the Mimic octopus, shape-shift from one form to another. Other biological mysteries that have been unravelled this past several years include how some species, such as cuttlefish, can instantaneously change colour and texture. In understanding the mechanisms that enable such abilities we can mimic them, therein apply nature’s genius to our design problems.

However, Bionic City goes beyond physiological mimicry, exploring how that most complex of human physical constructs – a metropolis – would mimic the behaviours, relationships and systems of living creatures, as well as their materiality and form. When we look at the big picture of life – the relationships between indigenous, migratory and invasive species, and particularly over significant expanses of time – not merely years, nor decades, but centuries, and millennia, we come to realize that which has enabled life to endure for some 3.8 billion years, and to do so in some of the most inhospitable environmental conditions imaginable, from hot springs to frozen wastelands, even deep into the Earth’s subsurface, and miles up into the atmosphere.

On a physical level, one could expect a city that exhibited ‘life-like’ qualities to be many more times adaptable than the cities of the past and present. Indeed, every facet of the city, from its walls to its architectures would transform with the changing Seasons, as does a biome, such as a forest or a savannah. In effect, we’d bare witness to an entire city exhibiting that most fundamental characteristic of living things – the capacity for homoeostasis. In addition to self-regulation of such things as internal, and to an extent external temperatures, and humidity levels, we could expect manifold buildings, infrastructure and components thereof to exhibit the capacity for self-repair. But, of all the characteristics that a Bionic City might exhibit, I find the most compelling that of reproduction. Life, on the whole, is not build to last; life is built to evolve. Philosophically, and increasingly practically, I think the concept of an evolving city – a city that endures the ravages of time through the capacity to regenerate itself – is far more compelling than the idea of a city that could deflect the impact of every, and any meteorological and geological eventuality.

Unity: Might the Bionic City become a reality, and if so when?

While the Bionic City project has been created purely as a work of philosophical and creative exploration, some of the insights and ideas it presents, together with those of many hundreds of scientists, technologists, designers and artists around the world, are fast becoming a reality. Notably, in the domains of materials science, sensing, actuators, engineering, and communications, we already have that which would facilitate some of the built environment behaviours discussed above. Of late, the biomimetic trend has been bucked significantly by the urgent need to build more resilient towns and cities, together with the desire on the part of many researchers and practitioners to explore the potential of new ideas, inventions and innovations. For these and other reasons, I think we are moving, and moving expediently, towards many of the ideas being explored in Bionic City. Readers can find a few such ideas, inventions and innovations at Bionic City’s Flipboard, and find details of upcoming events and activities exploring its themes at @bioniccity.